John Mallee Los Angeles Angels Assistant Hitting Coach, and former professional baseball player. He played in minor league baseball as a shortstop and a second baseman. He has previously been the hitting coach of the Florida Marlins, Houston Astros, Chicago Cubs, and Philadelphia Phillies baseball teams.

Begins his first season in the Brewers organization…..was named to his position on 11/19/18…Prior to joining the Brewers, spent one season as assistant hitting coach with the Chicago Cubs…Under Haines

Is in his first season as the Philadelphia Phillies minor league hitting coordinator. Along with his duties with the Phillies, Jason is the Director of Hitting

In today’s world of collegiate athletics, few can claim to have been at a program since the beginning. Not many can say they were there at the origin of a program, having been present from the very inception to where it stands today. And

Justin Stone is one of the most in-demand private instructors in the country.  Justin teaches approximately 3,000 players from across the United States each year and teaches hitting, defense, pitching and catching at Elite.

Kenny Graham, 38, was recently hired as Director of Player Development for the Detroit Tigers. Prior to the Tigers, Graham spent three seasons as hitting coordinator for the Milwaukee Brewers organization,

Danielle Zymkowitz is in her fourth season as an assistant coach for the Badgers.

Zymkowitz helped Wisconsin to its second-straight NCAA Tournament with a 29-23 record in 2018. The Badgers also went 11-9 in Big Ten play, their best conference winning percentage since 2014.

Russ Steinhorn is the current Hitting Coordinator for the St Louis Cardinals. Former Assistant Minor League Hitting Coordinator with the Philadelphia Phillies. Prior to the Phillies, Steinhord spent the 2018 season with the ClemsonTiger program as director of player development. Steinhorn spent the previous five seasons with the Houston Astros organization. 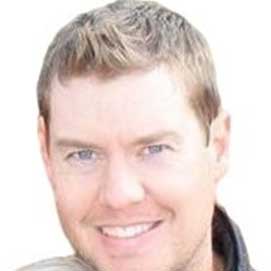 Prior to Axe Bat, he was one of the first employees of sports-sensor startup Zepp Labs, where he helped launch Zepp Baseball, introduced revolutionary swing metrics like “Attack Angle”, and worked with elite pro players such as Mike Trout, Jose Altuve, and Josh Donaldson.

As a private hitting instructor, Stocking has worked with more than 10,000 clients. His popular YouTube instructional channel, Pastime Athletics, has attracted more than 18 million views. Additionally, he has coached varsity baseball at Prospect High School (Mount Prospect, IL) and Notre Dame College Prep (Niles, IL), and served as an associate scout for the Miami Marlins.
Stocking played Division I baseball at both Northern Illinois, where he was a Freshman All-American infielder in 2001, and at the University of Evansville, where he led the team in ERA in 2003. He lives in Chicago with his wife and three children. Contact him on Twitter @trevorstocking.
Read more
John Mallee's Major League Hitting Clinics © All Rights Reserved